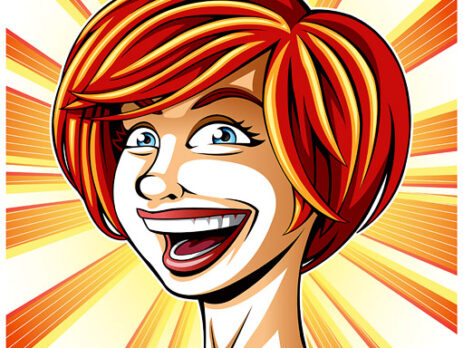 I felt like making a drawing of a happy redhead, and the following image popped into my head. But then I thought, “No, that’s much to similar to one I just did. I’m such an idiot!” But then I thought, “No mom, I’m not an idiot! What if I make a drawing that is the opposite of ‘Lydia?’ Except still a girl.” So I did that. In my initial sketching, I even traced the overall form of “Lydia” to get the same composition.

The linework and coloring were much more complex for this one, and I think it turned out nicely. I wanted to do something that had a much lighter tone than what I normally draw, but in the end, I still think this image is as equally weird as anything else I’ve done. I mean, I don’t want to grow too much as an artist, now.