This was a commission piece for the side panel of a computer tower. The client wanted a girl firing some guns into a crowd of zombies. He also admired the limited color palette of pieces like “Vamp” and “Moderni Lamia.” I employed a solid color halftone motif in the background, which always gives a great pop art feel.

It was the first time I had done such a project (I had done similar type things, but on wood), and there was a bit of a learning curve in how to figure out the technical and production aspects of it. I originally wanted to print the artwork directly onto the metal of the computer side panel, but after talking to some metal printers, I learned this would not be possible (metal printers don’t accept outside surfaces to print on; they use their own supplies of specially-coated material). The final piece was accomplished by printing on vinyl and then adhering that to the metal.

The other technical hurdle was the panel’s heat vent. This needed to remain uncovered by the vinyl, so I devised a way to work the vent’s repeated hexagonal motif into the background of the artwork, as a sort of stadium lighting tower. I placed some additional towers behind it to reinforce that.

The printed and assembled computer: 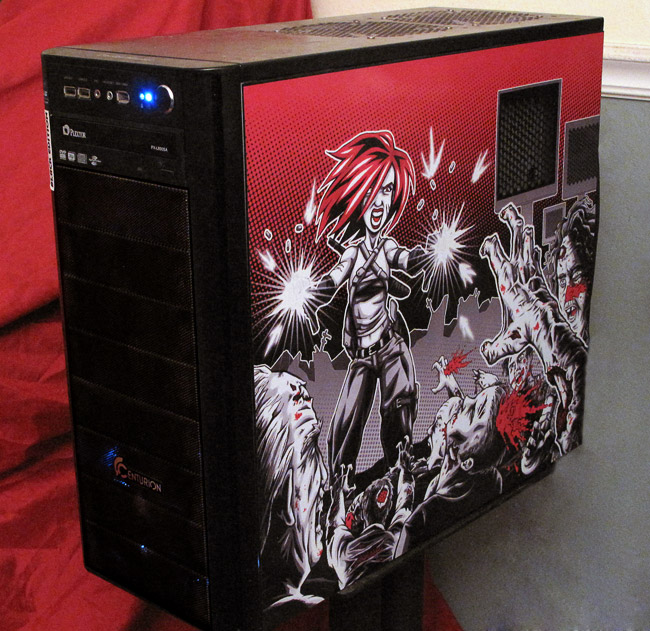