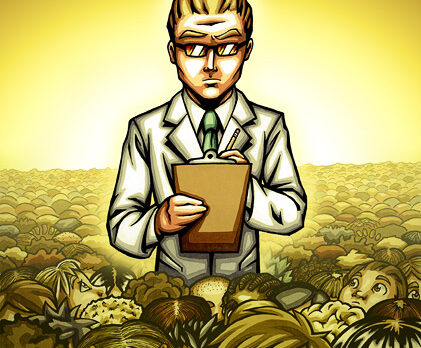 Inspired by an article about the lack of daycare workers per child in Canada, I continued to explore the possibilities of Photoshop with this illustration. I enjoy using color for mood and effect, and the digital medium allows for quick and easy experimentation in that area. I used various layers and blending effects to “knock out” the sea of children, to visually make them appear as a single, almost indistinct mass. I really got tired of drawing the tops of their heads! Little bastards.

The little boy in the front row on the right is supposed to be the same one from the “Zipper Boy” image I had done previously. Maybe I’ll put him in all my illustrations that depict children being mistreated and neglected. It’s the least I can do.