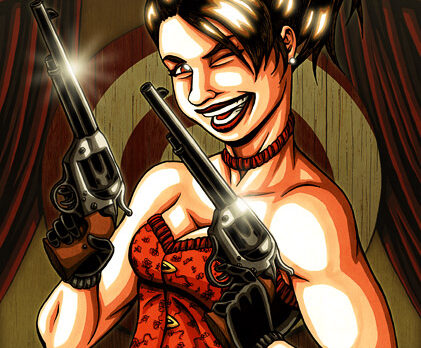 I decided to do a second series of the carnival girls from my “If This Hat is Missing…” piece, this time all wielding various weapons. Like the last series, I tried to make each one unique in both their props, physical stance, and the personality each suggested.

The guns are Colt Bisleys and fit right in with the time period, late 19th/early 20th century.