This was an illustration featured in 78 Magazine’s big comeback issue for a story about urban legends. It was actually somewhat difficult to think of an urban legend to illustrate, but I eventually settled on this iconic one. But even then, I remember going through several sketches representing the story of the woman with the maniac killer in her back seat. Trying to convey the moment of him reaching up with the knife with the headlights shining from the trucker behind her car wasn’t really working out, so I decided to depict a different moment.

This illustration was awarded 2nd place in the category of “Original Magazine Illustration” by the Society of Professional Journalists in 2007. I was very pleased because I think it turned out really well. I like the details of the psycho’s head as well as the scratches on the door. We were moving at a pretty fast pace to get the magazine put together in time, so this image was done very quickly, practically in the span of a few hours. Fortunately, it doesn’t look rushed at all. 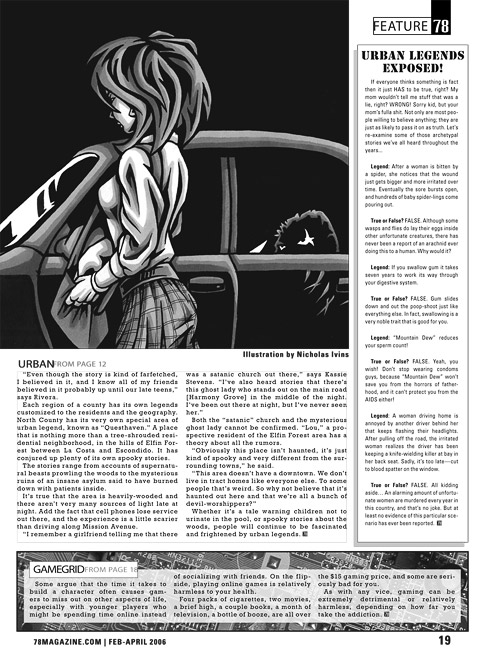